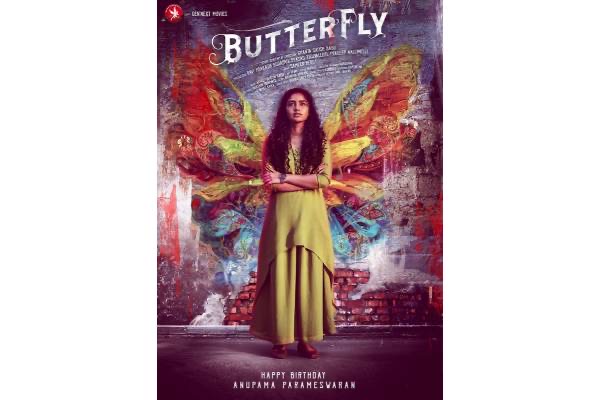 Anupama Parameswaran is among the league of young actresses who have won hearts of the fans with their looks as well as performance. To mark the birthday of Anupama, the makers of her upcoming film Butterfly have unveiled a special poster.

In the poster, Anupama is seen standing in front of a wall which has multiple colours symbolising a butterfly. In another view, it also looks like Anupama Parameswaran getting wings.

Butterfly has story, screenplay and direction by Ghanta Satish Babu. Ravi Prakash Bodapati, Prasad Tiruvalluri and Pradeep Nallimelli are the producers and the film is being made on Gen’Next Movies banner.

Sameer Reddy is the director of photography of Butterfly whose shoot is said to be progressing in a brisk manner. More details about the project are expected to be revealed soon.