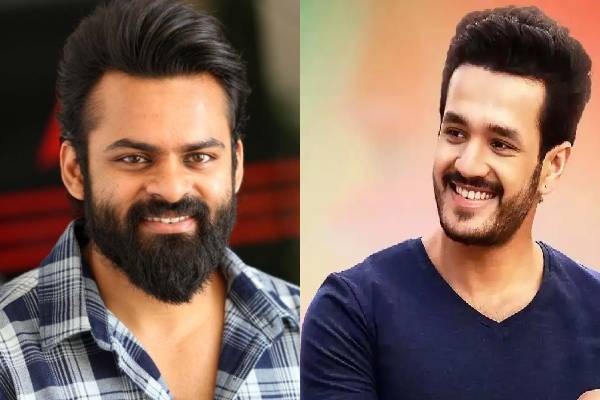 Veteran actors Chiranjeevi, Balakrishna, Nagarjuna and Venkatesh worked for many movies but they could not team up with each other for multi-starrers. Chiranjeevi and Nagarjuna announced that they would do a film together but the film never materialized as they could not find the right script. Things changed eventually with the new generation of actors. They are experimenting so much and are quite open for mulit-starrers. As per the update we hear, Sai Dharam Tej loved a script recently and the film has scope for one more actor.

Sai Tej suggested the names of Naga Chaitanya or Akhil for the other lead role in the film though the director wanted to do the film with one more Mega hero in the lead role. The discussions are currently going on. Naga Chaitanya is occupied with enough number of projects and if all goes well, Akhil may sign the project. More details about the film will be announced at a later date if things materialize as per the plan.