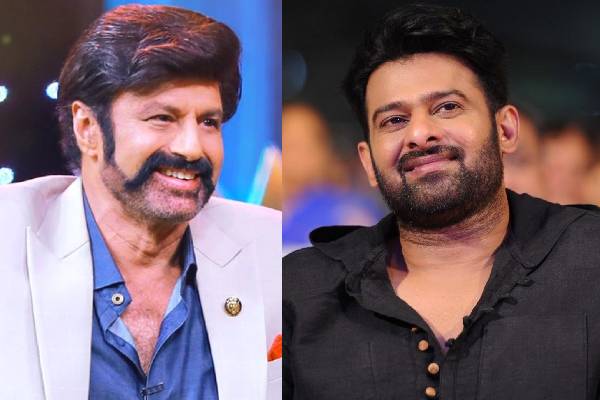 Rebelstar Prabhas is shooting for multiple projects and the actor is planning a bunch of releases in the next two years without major clashes. As per the ongoing speculation, Prabhas is expected to feature in the next episode of Nandamuri Balakrishna’s talk show Unstoppable 2. If this is true, it would be great to see the conversations of Balayya and Prabhas. The shoot of the episode is expected to take place next week. Though the names of celebrities like Chiranjeevi, Venkatesh and Pawan Kalyan are speculated, none of them made it to the second season of Unstoppable 2.

The season is a mix of celebrities from Telugu cinema and politicians. There are strong talks that the last episode of the season would have Pawan Kalyan and Trivikram as the special guests. Balakrishna is also shooting for Veerasimha Reddy which is aimed for Sankranthi 2023 release. Prabhas is currently juggling between the sets of Prashanth Neel’s Salaar and Maruthi’s untitled comic entertainer.