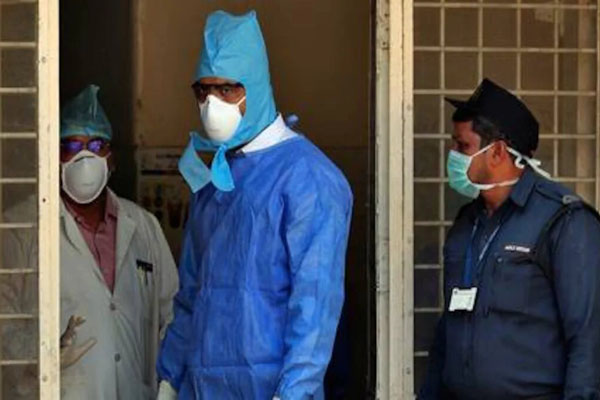 In light of increasing attacks on doctors and healthcare workers, the Cabinet promulgated an Ordinance amending the Epidemic Diseases Act of 1897 to enact a new law to make attacks on frontline warriors a cognizable and non-bailable offence, a decision to this effect was taken at the Union Cabinet meeting held.

Addressing a press conference, union minister Prakash Javedkar said the Ordinance will be sent to President Ramnath Kovind’s for approval. Once it is cleared, the law will make acts of violence against healthcare professionals a cognizable and a non-bailable offence. The law will make acts of violence against the doctors punishable with imprisonment of between three months to five years, with a fine of between Rs 50,000 to Rs 2 lakh for whoever commits violence or abets violence. If the accused is convicted for causing grievous hurt, then the imprisonment shall be between six months to seven years and with a fine between Rs 1 lakh to Rs 5 lakh.

Doctors, nurses and healthcare workers in several parts of the country have been attacked and abused by people scared of contracting the virus from them.

In Hyderabad, doctors and nurses of Gandhi Hospital were attacked by the kin of a covid-19 patient after he died undergoing treatment. Two Covid-19 patients had attacked doctors on duty after the death of their relative who too was under treatment for the virus in the same ward. The Telangana Medicare Service Persons and Medicare Institutions (Prevention of Violence and Damage to Property) Act 2008 has was invoked against the people involved in attacks against the medical staff. The Act prohibits violence against healthcare personnel and damage to property in medicare service institutions. A person found guilty under this Act may be punished with three-year imprisonment and fine, which may extend to Rs 50,000. It’s a non-bailable and cognizable offence. Elsewhere in Telangana, ASHA workers and other healthcare workers were physically assaulted and verbally abused when they were discharging their duties of conducting door-to-door health check-ups and surveys.

In Bengaluru, a mob of 200 people attacked healthcare workers when they tried to take primary and secondary contacts of coronavirus-positive patients to a quarantine facility. “We have witnessed mindless acts of violence against doctors, nurses and paramedical staff in several parts of the country. Perpetrators of such violence will now be severely punished,” Javedkar said, adding the central government will show zero tolerance to such violence and such attacks will not go unpunished.