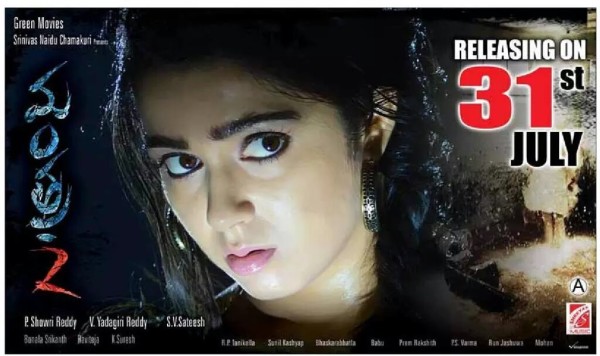 After striking an emotional chord with her performance in Jyothi Lakshmi, charming beauty Charmme is getting ready to frighten the audience with some spooky content in her upcoming film Mantra 2. As per the latest reports, this movie will hit the screens on the 31st of this month.

Touted to be a horror drama, Mantra 2 will have spine chilling horror scenes laced with commercial elements. It is well known that the first part in this horror franchise succeeded very well at the box office and Mantra 2 is believed to be a sequel for it.

Directed by SV Sateesh, Mantra 2 is produced by Showry Reddy and Yadagiri Reddy on Green Movies banner. Sunil Kashyap is the music composer.