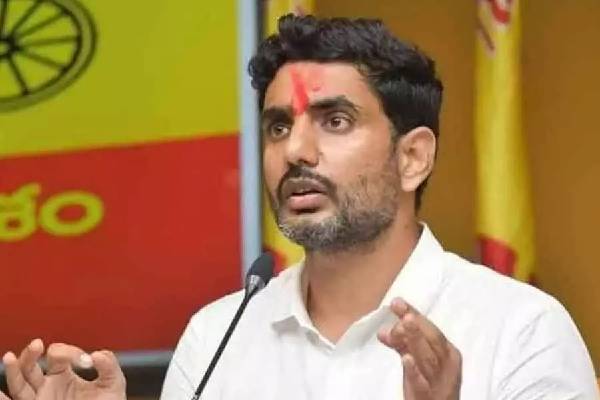 Lokesh said that all possible efforts were being made to protect the YSRCP culprits who were responsible for the ‘rape and murder’ of pharmacy student Tejaswini at Gorantla in Sri Satya Sai district.

Lokesh recalled how the local DSP wasted no time to announce it as a ‘suicide’ even before the post mortem report arrived. Did the DSP do that only to see joy in the eyes of the CM and YCP leaders?

Lokesh said that the Chief Minister and his Ministers should at least open their eyes and realise that the TDP’s so-called noise was not meaningless. Would the CM respond in the same indifferent way if their children became victims of a similar crime?

Lokesh asked how the DSP concerned could make a hasty announcement when Tejaswini’s parents were clearly saying that their daughter was raped and then killed. No doubt, the suicide theory was aimed at rescuing the YSRCP ‘Dandupalyam gang’ from punishment.

The TDP MLC expressed concern that while Jagan Reddy was looting the public through the sand and liquor mafia, his own relatives were competing with him by carrying out extortions in Pulivendula. Jagan close relative Y.S. Konda Reddy tried to extort huge money from a construction company which was carrying out development works in the CM’s own segment.

Lokesh said the common public should guess what would be the situation in other parts of the State when the Chief Minister’s own assembly constituency witnessed threats and extortion by his own relatives. At least now, the Government should take serious action against the gangsters and fraudsters who were looting the general public.