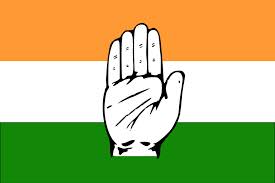 When two persons cross swords, it will undoubtedly become a great weapon to their common opponent. The situation in Telangana and Andhra Pradesh seems to be the same. While the chief ministers of Telugu speaking states are embroiled in war of words, the party that last ruled erstwhile Andhra Pradesh is playing a clever dice.

The recent statements of Raghuveera Reddy, V Hanumanth Rao and Shabbir Ali serve as shining examples to the above said hypothesis. It has to be mentioned here that Raghuveera Reddy recently tore the TDP manifesto. The matter of debate here is—why should he resort to such things after a year? While this question might not even hog the required light due to the heated arguments between the chief ministers, a careful examination at Congress actions will definitely make you pause and ponder.

Barely two days after Raghuveer’s strong comments, another leader from Congress– Shabbir Ali  is taking on Chandrababu Naidu demanding his resignation, stressing that NTR’s soul will be at peace in case Balakrishna is adorned as Andhra’s CM. He even lashed out at K Chandrashekar Rao and said that he would launch a movement against anti-farmer policies of KCR Government.

Sources said that Congress leaders apparently want to back on this issue and are reportedly discussing their strategies on attacking two political parties with a single sword. Will Congress emerge victorious in its attempt? Can it vie for top slot

in two states? Let us wait and watch as Rahul Gandhi is likely to tour Andhra Pradesh this month.