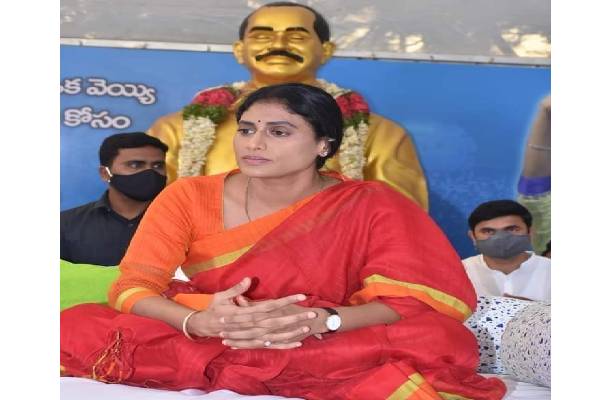 One wrong statement can ruin the career of a politician. It appears, YS Sharmila has made that cardinal mistake. It may well threaten her career. Her comments on water diversion through Rayalaseema Lift Irrigation Scheme to the parched Rayalaseema region have effectively pitted her against the very area she belong to.

Sharmila, who is all set to launch YSR Telangana Party with an eye on the Telangana politics, has taken to Twitter to comment that she would oppose tooth and nail any attempt to divert even one drop of water to Rayalaseema. She said she would wage a relentless battle to protect the interests of Telangana.

She may have tweeted this comment to escape the criticism of being an Andhraite at heart. She would have thought she would win the battle of wits with the ruling TRS, which was planning to put her in a spot.

However, this comment of hers has angered the people of Rayalaseema. They are questioning her comments. Being a person of Rayalaseema origin with live links to Kadapa and Idupulapaya, how can she comment this way, asked several netizens. They sought to know how she can enter Rayalaseema again after making such anti-Rayalaseema statements. We will oppose her tooth and nail for these comments, the netizens are commenting. Now that her brand of politics has boomeranged, Sharmila is a confused politician. She must surely be realising that politics is a double-edge sword and one has to tread on it cautiously.