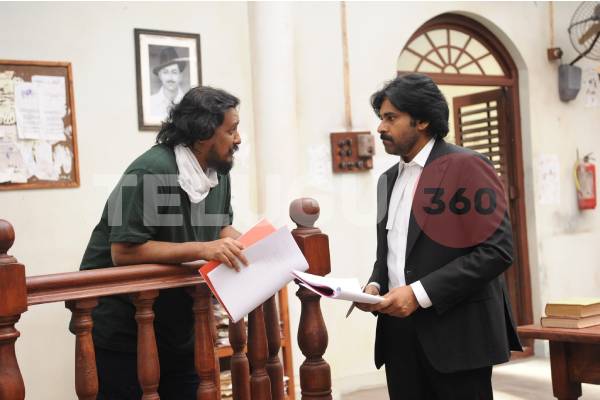 Sriram Venu made his directorial debut with Oh My Friend and he went on to direct Nani in MCA which is the biggest hit in Nani’s career till date. He bagged an opportunity to direct Powerstar Pawan Kalyan in his third film Vakeel Saab, the remake of Bollywood film Pink. The film is all set to hit the screens on April 9th and Sriram Venu is winning accolades for presenting Vakeel Saab as a commercial entertainer. Here is an exclusive interview with Sriram Venu in which he talks about the opportunity of Vakeel Saab and directing his demigod Pawan Kalyan, the fan boy moments and his journey in Telugu cinema:

Your gut feeling and confidence on bringing a commercial face for a film like Vakeel Saab?

I don’t call it a gut feeling. When we have an actor like Pawan Kalyan who has a wide span and reach, I just had a feeling that haunted me if I can do justice for a film like Pink with Pawan Kalyan. The changes I made for Vakeel Saab would not have worked for somebody else. He has a different stream of audience in all the sections. I worked on all the aspects that fit well in the basic story of Pink. I tried my level best. 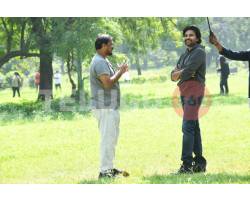 The response for the trailer has been amazing. The trailer says that the flavor of Pink was never disturbed in Vakeel Saab. Your response?

Writing can blend emotions, commercial aspects and other elements. I am happy for the response that the trailer is receiving.

Your equation with Dil Raju? All your three films are produced by Raju. What do you say about it?

He is like a family for me. Raju garu is a person who never involves in your work if he is confident on the director. I narrated all the changes directly to Pawan Kalyan garu after I am done with the script. Then I narrated it to Raju garu too. He stood as a support at the backend for Vakeel Saab.

You seem to be media shy person and you are never exposed in Telugu cinema? You are still inactive across social media circles which are now the major platforms used to promote film. What do you say about this?

My first film Oh My Friend could not reach the audience well though it was named as a good attempt. When your film did not work out, you will be shown no where in the media. I took a long gap after which I directed MCA. For many reasons I was never in social media circles. The world is working on grabbing the credits for your work. But I am little different. Just work hard and move on. I love to stay away from focus. I am not a person who promotes myself and I love to promote my movies. 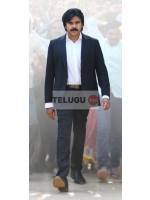 There are thousands of memes made on you by Pawan’s fans. Tags like Mass God kept trending. Did they reach you? What is your response?

Though I am not on social media, I have a good bunch of friends who share the genuine response about my films that make rounds on social media. I watched so many memes and was delighted. Every human being loves appreciation. I humbly accept it. Thanks to the fans.

Some of the fans are comparing Vakeel Saab and Gabbar Singh?

I am a huge fan of Gabbar Singh and the film stays in the list of my all time favorite flicks. It is not right to compare Vakeel Saab and Gabbar Singh. Please do not compare them. The changes made by me may have liked by the fans and they started this comparison.

Apart from films, what is your favorite pass time?

I have a beautiful family and I spend time with them after completing my work. I am a family man and I keep playing with my two kids. I spend a lot of time with my five year old daughter. My wife is my major strength. We don’t roam out much. I can stay for years in quarantine if I have my family beside me (laughs).

Your are directing your demigod Pawan Kalyan. Did you feel the pressure at work? What are the extra efforts kept for a film like Vakeel Saab?

I am a die hard fan of Pawan Kalyan garu. Honestly, I felt happy when I am directing my favorite actor. This is the happiest moment in my life. I did my homework for the film. I kept everything together and worked hard to deliver my best at work. I enjoyed the process of working for Vakeel Saab right from writing to the direction, editing the film.

Are you given a freehand while directing Vakeel Saab?

I am honest at work and I got a lot of freedom from Kalyan garu. His inputs helped us a lot and they are well included in the film. He let me play my game actually. I thank him for that and I am indebted for life. Forever PSKP fan.

Initial reports told that Trivikram Srinivas will handle the script part and you would direct the film. Can you tell about what really happened?

Dil Raju, Trivikram and Pawan Kalyan garu are the reasons for Vakeel Saab to happen. Dil Raju garu recommended me to Trivikram garu and he recommended to Kalyan garu. Thanks to Trivikram garu for making my dream come true. I was on board to direct the film. We had a very less time to start the shoot and Trivikram garu was occupied with the post-production work of Ala Vaikunthapurramuloo. He could not give his time and he asked me to work on the script. I tried my best and got approved from Pawan Kalyan garu. I am a fan of Trivikram’s work and it would have been more good if his contribution was felt in Vakeel Saab. Hope I get an opportunity to direct a film that is written by Trivikram garu.

Any regrets about Oh My Friend?

Oh My Friend is sure a good attempt. The past is past. I have no regrets of the failure of Oh My Friend. The experience of Oh My Friend and MCA made me better as a director and they helped me well to direct Vakeel Saab. 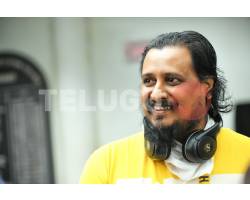 Any plans of directing web projects and there is a trend of directors turning producers? Any such plans?

I have plans of working on web series. I have no boundaries for work. I have no plans of producing films for now. But I have interesting scripts to be made in the future. Some of them are in pipeline for web series.

There is a huge gap of seven years between your first flick and the second film. How did you manage and beat the stress all these years mentally and financially?

I was never depressed for the failure and lost my confidence. I never gave up. I worked on several scripts and was after producers to convince them. One of the film was announced with a star and had an official launch. But it was shelved due to various reasons. Then I worked on another script and the film got shelved after the cast, crew were finalized. The producer said that the budget was over the board but he regrets now for taking the wrong call considering the cast. Then MCA happened. I take life as it comes. I got some best support from my family and friends so that seven years went so quickly (smiles).

Any plans of working with other producers in the coming future?

I will love to work with passionate people. Dil Raju garu never restricted me to work for Sri Venkateswara Creations alone. Will utilize if I get a good opportunity in the coming days. I also want to experience working with other producers in Telugu cinema and will give it a try soon.

MCA is still one of the biggest hits in the career of Nani. Any plans of sequel?

There are no plans of sequel for now. But I love to work with Nani again and again. He trusted me when no one had firm belief on me and he always hunts for talent. He is such a comfortable actor and you feel effortless working with him. Hope to work with him soon. I don’t believe in numbers. Records are mean’t to be broken and hope his next films breaks the records of MCA.

Few words about your technicians of Vakeel Saab?

I feel that the director, actors, producers and the music director are promoted or exposed before and after the release. Here are some words about my technicians who worked real hard for the project:

PS Vinod: He kept his heart and soul for the film. He was one of the greatest supports on the sets. I bonded well with him. He is such a beautiful soul with abundant talent. He is like my big brother and working with him is a great learning experience.

Anything after the release of Vakeel Saab. Couple of interesting discussions are on board and they will get a better shape after April 9th. As of now I am completely occupied with Vakeel Saab.

One word about Vakeel Saab?

A film that is directed by a die hard fan of Pawan Kalyan garu without missing the theme of Pink.

Thank you so much!