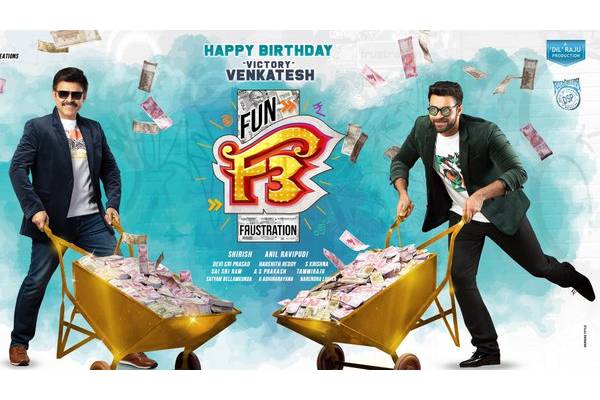 F3 is gearing up for a grand release day after tomorrow ie, 27th May 2022. The film has recorded the highest pre-release business ever for any Venkatesh Varun Tej film. It is riding on the blockbuster success of its prequel which had collected 81Cr share worldwide. Theatrical rights of the film are valued for 70 Cr. Advances of the film have opened on Sunday, they were at very low levels initially and have slightly picked up since yesterday evening. As the film is dependent mostly on the family audience this sort of reception for advances is expected still they should have been better. They are no hike in ticket rates for the film and that will be a huge plus if the film garners decent word of mouth atleast. The film is an own release by the producers in Nizam, UA, Krishna & Guntur areas. Ceeded is sold and Andhra business is done in 30Cr ratio.

Below are the area wise rates :