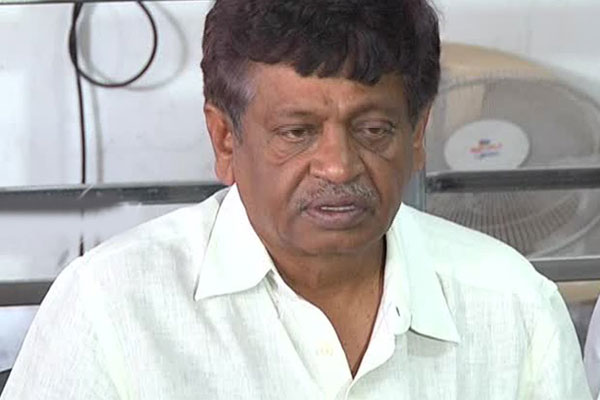 Kadapa politics is witnessing a strange situation. The father is a staunch opponent of YS Jagan Mohan Reddy and his style of politics and governance. But his two sons are ardent Jagan supporters and even hold key responsibilities in his government.

Senior leader and former minister MV Mysoora Reddy is a bitter critic of YS Jagan government. But his brother Venkata Subba Reddy’s son Dr M Sudheer Kumar Reddy is an MLA from Jammalamadugu, while Mysoora’s son Harshavardhan Reddy is the sarpanch Yarraguntla. It is an open secret that YS Jagan gives a lot of importance to both Harshavardhan and Sudheer Reddy. Both have differed with their father on the issue of criticism of YS Jagan.

Interestingly, Mysoora has been criticizing YS Jagan on several issues and has slammed him on the issue of water dispute between Telangana and AP. He has even taken to social media to present his viewpoint on the Rayalaseema Lift Irrigation Scheme. He had even addressed a press conference in Hyderabad on the issue. He has also questioned the wisdom of YS Jagan government in handing over the control of water resources to the Krishna River Management Board. He is on record saying that the gazette notification issued by the Jal Shakthi Ministry would hit the progress of schemes like Handree Neeva, Galeru-Nagari, Telugu Ganga, Veligonda, Somasila and Kandaleru projects.

Both Harshavardhan and Sudheer Reddy are, however, fully backing the YS Jagan Mohan Reddy Government’s decision on Krishna water. They say that this was the right decision. Both the father and the sons are sticking to their guns. This is leading to a strange situation in the district.