The first look of director Lokesh Kanagaraj’s eagerly awaited action thriller ‘Vikram’, featuring Kamal Haasan in the lead, received an unprecedented response on Saturday, with more than 52,000 people liking the video on YouTube within minutes of its release.

The first look, released by the director and his team at exactly 6 p.m. on Saturday, a day ahead of the star-politician’s birthday, which is on November 7, features an action sequence where the actor is seen using a metallic shield to protect himself against intense gunfire inside a prison.

‘Vikram’ features music by Anirudh and Girish Gangadharan’s cinematography. Edited by Philomin Raj, the film’s art director is N. Sathees Kumar. The first look was released by the ‘Vikram’ team as part of the birthday celebrations of the actor, who turns 67 on November 7.

Director Kanagaraj, who posted the link to the first glance video on his Twitter account, wrote, “A small gift from me to you @ikamalhaasan sir. Happy Birthday Ulaganayagan.” 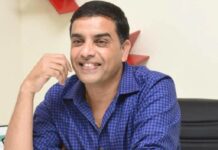 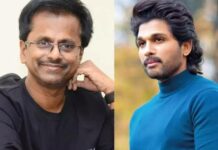