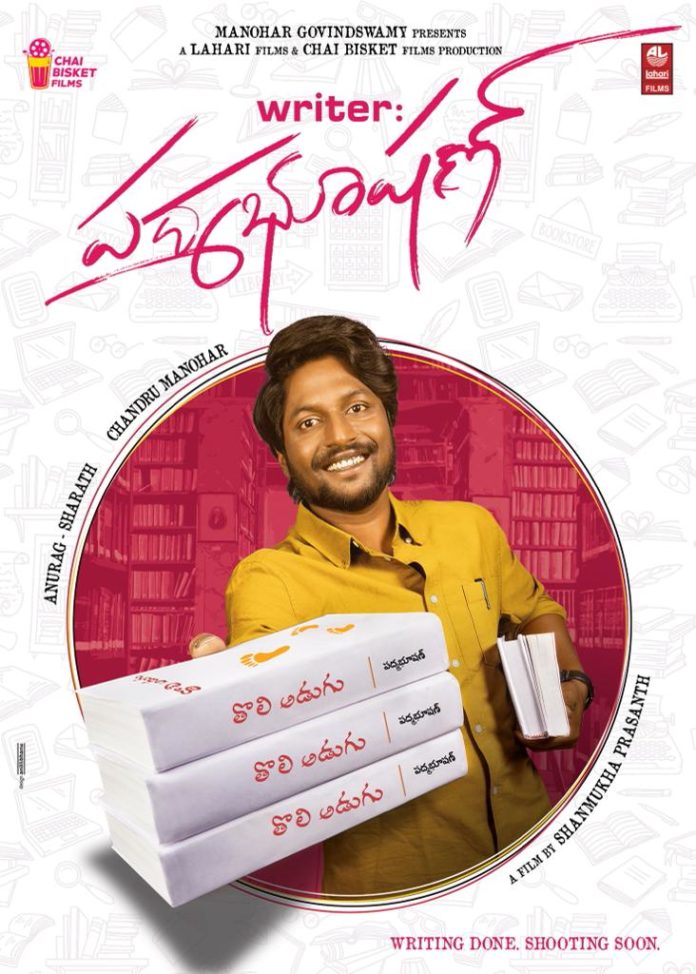 We have seen very few comedians making their mark as heroes and one such actor who could impress as hero in recent times is Suhas. His first film as hero that is Colour Photo turned out to be a winner on OTT platform. Riding high with the success, Suhas is coming up with yet another exciting project.

Shanmukha Prashanth will direct Suhas’s second film titled Writer Padmabhushan. The film’s first look is dropped on New Year’s occasion and it looks refreshing. Suhas turns writer for the film and he is seen carrying books penned by him. Tholi Adugu is the name of his book and seemingly it is his first book.

Writer Padmabhushan is joint production venture of Anurag, Sharath and Chandru Manohar. While regular shoot commences soon, the release is planned for mid-2021. Other details are unknown for now.