Switch to: తెలుగు
Home Politics Ganta heckled in Assembly over his “Srimantudu” haste 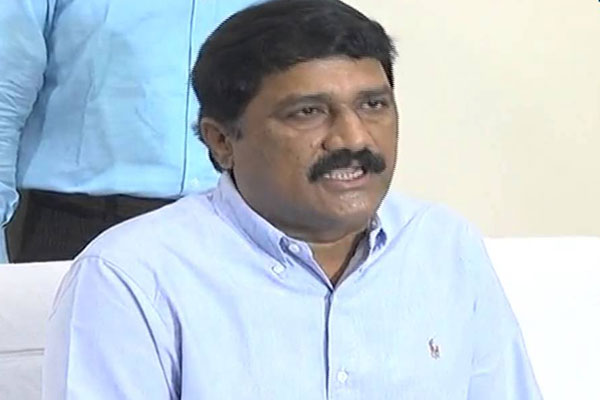 Education minister Ghanta Srinivasarao found himself at the receiving end of loud chorus of boos when YSRCP member RK Roja said the education minister hurriedly concluded his Guntur trip after Rishiteswari suicide to get back to Hyderabad as if he had some urgent meeting- but the meeting was a movie function.

“He went there leisurely four days after the university student’s suicide. Instead of paying a visit to Rishiteswari’s grieving parents, he called them to his hotel. And he hurriedly got back to Hyderabad finishing his meeting with them in minutes. Mind it, he got back to Hyderabad not to attend any important meeting, nor was there any cabinet meeting. He was in a hurry only to attend the functions of Srimantudu movie,” Roja said in Assembly during a debate on ragging in educational institutions.

Roja lashed out at Ghanta for his casual approach to the death of a brilliant student and alleged that minister had given more importance to Srimanthudu audio release function than the suicide case of a student. Ganta’s clarification that he attended the audio function of Srimanthudu as it was a movie with a social message did not impress anyside.

Even speaker Kodela Sivaprasada Rao also expressed dismay at the way universities’ governance had been neglected. ” I am sorry to say, the Nagarujana Uiniversity has become a den of caste groups. Caste groups are openly erecting bill boards in the campus. Suicides are serious matter. The minister should concentrate on seeing that they are not repeated in campuses,” Speaker advised Ganta.