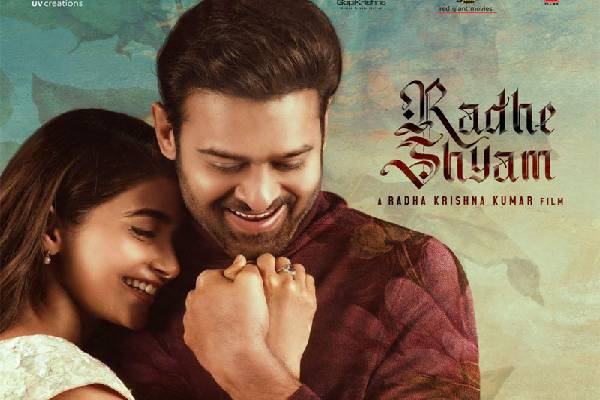 Theaters across India witnessed a festival atmosphere today, as Prabhas’ Radhe Shyam was released this morning. Fans celebrated the movie’s release in a big way and are thoroughly enjoying the grand flick.

According to trade sources, Radhe Shyam has seen the biggest ever opening in 2022 so far, beating all earlier records. With full bookings for the next few days, box-offices are set to witness huge revenues.

The reception to Radhe Shyam has clearly proved the star power of Prabhas, who has emerged pan-Indian star. Starring Pooja Hegde as heroine, Radhe Shyam has been produced on a lavish budget by Vamsi and Pramod on UV Creations banner. The movie has been released in multiple languages- Telugu, Tamil, Hindi, Malayalam and Kannada.

Justin Prabhakaran has composed the songs and S Thaman the background score, while Manoj Parahamasa has wielded the camera for the movie.