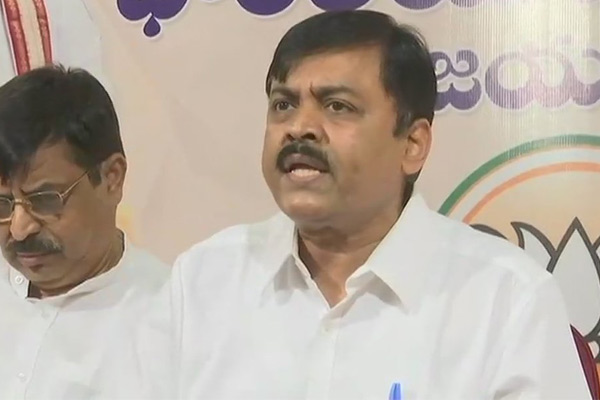 The temple attacks have stopped suddenly and in a surprising way in AP. This happened only after the Ramatheertham attack became sensational all over the country. The TDP, which has fought a very aggressive battle on this issue, has slowed down to a certain extent because of the panchayat polls. But now, the BJP has brought back the issue once again at the national level. BJP MP GVL Narasimha Rao has raised the AP temple attacks in Rajya Sabha and criticised the double standards of the YCP Government.

Usually, GVL would launch combined attacks on the YCP and the TDP in a bid to create confusion. His attacks would be targeting the TDP more. But this time, GVL made the attacks solely targetting the Jagan Reddy regime in AP. GVL deplored that the YCP rule was filing false cases against the social media activists for just posting comments. Whereas, those who have made over 140 attacks on temples were not caught till now.

GVL told the Rajya Sabha that the AP Government was wasting time by making political allegations against the rival parties rather than properly investigating the temple desecrations.

Ultimately, GVL has made the extreme demand that the Union Home Ministry should take note of the AP temples crisis and interfere there in order to restore normalcy.