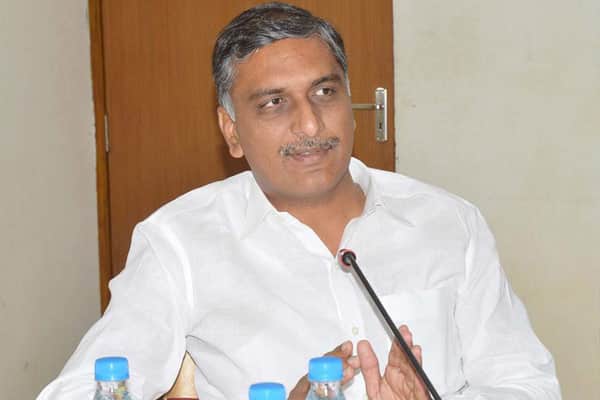 TRS party chief and Telangana CM K Chandrasekhar Rao has sidelined Harish Rao both in the TRS and also in the TRS government, while he is promoting his son KTR both in the party and the government. Speculations are rife that KTR will be made as CM anytime in 2020.

On Monday, Harish got yet another shocker in Andhra Pradesh, as he was ignored by both YSRCP leaders and also TTD officials.

Harish was in Tirumala to have darshan of Lord Venkateshwara on the occasion of Vaikunta Ekadasi on Monday.

However, Harish was shocked to find that there was no one to receive him at the temple.

On the other hand, KCR’s son KT Rama Rao was accorded a grand welcome at Tirumala.

YSRCP leaders and TTD officials queued up at the temple to welcome KTR at Tirumala right from his arrival at the Renigunta airport on Sunday evening till he had darshan of the Lord during VIP break darshan on Monday. KTR was accompanied by his wife, son and daughter.

YSRCP MP PV Midhun Reddy, MLA Chevireddy Bhaskar Reddy, a host of local YSRCP leaders and TTD officials accorded him a grand welcome at the airport and also at the temple. They accompanied KTR’s family in the temple.

Harish too is entitled for protocol at Tirumala temple as a minister from Telangana State. But no one bothered to follow the protocol. Harish had to wait for longer time at the temple as neither anyone received him nor made any arrangements for his darshan of the Lord.

Though Harish tried to reach out to TTD officials, there was no response. At one point, Harish reportedly got angry and decided to return Hyderabad without having darshan.

However, the timely involvement of TTD board member from Telangana, Damodar Rao has saved the day for Harish. Damodar Rao made arrangements for Harish and ensured Harish got VIP break darshan along with other VIPs.

An angry Harish returned to Hyderabad immediately after darshan as he was not keen on staying in Tirumala any longer.