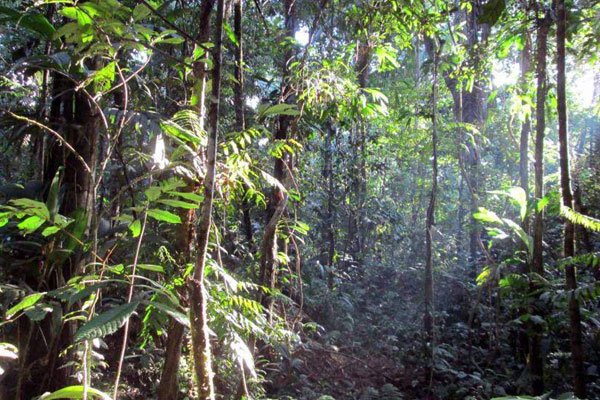 The Heartfulness Institute on Monday announced plans to develop a mini-rainforest over 25 acres of land at Kanha Shantivanam, its global headquarters, on the outskirts of Hyderabad.

Under the initiative announced to mark the World Environment Day, the institute will plant over 300 species of typical rainforest trees including several rare, endemic and threatened species.

These valuable seedlings and saplings have been procured from the Chennai-based MS Swaminathan Research Foundation, Kerala Forest Research Institute, Shivaji University in Kolhapur, Foundation for Revitalisation of Rural Health Traditions in Bengaluru, Forest Department of Karnataka and Grameena Krishi Vijnana Kendra in Bengaluru.

Kamlesh D. Patel, Global Guide of Heartfulness, observed that testing the resilience of the rainforest species is an imperative in the current scenario of global climatic change. He is confident that the efforts and methods employed will create a new paradigm.

“To begin with, we will be developing eight to 10 acres of land. The entire area needs to be prepared to receive the rainforest tree species. Special rain-guns that continuously spray water from 50/100 feet will be installed in this area to keep it moist and all other measures will be taken to create a microclimate for conducive for the growth of some of the delicate species,” said Ramakantha, Heartfulness Trainer.

The rainforest is one of the three major initiatives announced by the Institute, buoyed by the success of Green Kanha, a successful initiative of shaping the microclimate of hundreds of acres of Kanha Shantivanam and its surroundings.

As part of Heartfulness Green initiative, it has committed to planting, adoption and nurturing 10 million trees over one year across all its centres in India.

Under the third initiative, it will associate with Google employees to plant 300 trees in Kanha Shantivanam on Tuesday and Wednesday.

Kamlesh pointed out that Green Kanha was a result of extraordinary efforts to recharge the dry and barren ecosystem into a flourishing green environment.

“It is now home to over 1.5 lakh trees, including indigenous and several of the IUCN red listed species amongst those being nurtured here. This has helped create a positive microclimate in and around Heartfulness region,” he said.

Kanha Shantivanam is being developed as a resplendent Green Space, hosting a wide variety of herbs, shrubs, and trees as part of the Green Kanha Initiative. More than 150,000 trees have already been planted and some 1,000 trees translocated from various regions.

Heartfulness is a system of Raja Yoga meditation founded at the turn of the 20th century.

A century later, Heartfulness has been embraced globally by people of all walks of life, including civil society, government departments, schools, colleges, and the corporate world.