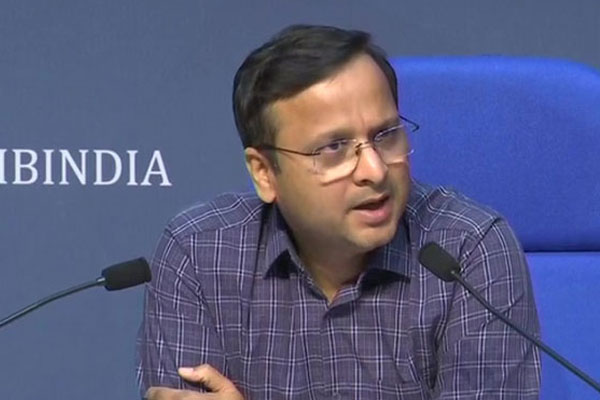 With attacks on doctors, paramedical staff and ASHA workers being reported across the country especially in Telangana, Union Health Ministry Joint Secertary Luv Agarwal on Friday said the Home Ministry has taken a serious note of such increasing assaults and warned of punitive measures against the accused involved in such dastardly physical attacks on the medical fraternity and volunteers.

Addressing a press conference on Friday, he said in the last 24 hours 12 deaths were reported across the country taking the total number of people who died due to the corona virus to 56. In light of the spike in positive cases of corona linked to the Tablighi Jamaat religious congregation in Nizamuddin, Luv Agarwal said the central government was constantly monitoring and identifying ‘hotspots’ across the country so that the virus does not spread. He said that 647 COVID-19 positive cases reported in 14 states in last two days were related to Tablighi Jamaat event in Delhi’s Nizamuddin. He also confirmed that 336 new cases were reported in last 24 hours.

On attacks on doctors and ASHA workers, he said the Union government will investigate all the cases and take punitive measures. In the last one week, several incidents of attacks on doctors, paramedical staff and ASHA workers were reported across the country. In Telangana, ASHA workers were attacked in Nizamabad and Adilabad when they went to screen residents for signs of novel coronavirus infection. These residents are believed to have attended the large religious congregation in Markaz Masjid in South Delhi’s Nizamuddin. The residents refused to cooperate with the ASHA workers in giving required information or getting tested for signs of corona virus. In Hyderabad’s Gandhi Hospital, the kin of a corona positive patient who died on Wednesday assaulted doctors and other medical staff..

Similar incidents took place in Bengaluru, Madhya Pradesh and Ghazibad. In Madhya Pradesh healthcare workers were attacked by a mob of violent locals in an Indore neighbourhood on Wednesday, as they visited the area to screen residents for signs of Covid-19. Two women doctors were injured in the attack and had to be rescued by police. The shocking attack came two days after locals from the Ranipura area of the city allegedly spat at officials and abused them during screening procedures.

In a disturbing video of the attack, two healthcare workers dressed in light blue PPE (personal protective equipment) suits can be seen running from a small group of locals who are throwing stones and what appears to be a large piece of plastic at them. As the minute-long video plays out, the small group of locals becomes a mob of around 100 angry residents shouting abuses, throwing sticks and stones and chasing them down the narrow lane.