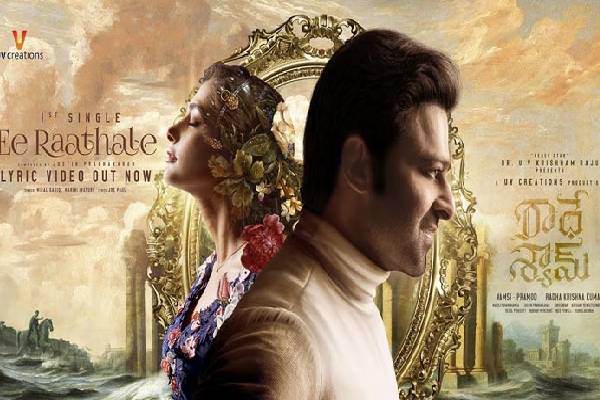 Days after makers of Prabhas-starrer Radhe Shyam released Ee Raathale lyrical video from the movie, interesting details have emerged on how it was made.

Circles close to the team say the idea was to convey the message that the protagonist will be there as a pillar of support for his soulmate no matter whatever comes between them, even if it is five elements- fire, sky, water, earth and air.

Soon after the release of the film, fans can find more such details in the lyrical video, the sources said and added that a lot of thinking and planning went into its making.

Radhe Shyam features Pooja Hegde as the heroine. Tipped to be a romantic entertainer, the movie is directed by Radha Krishna Kumar.

Vamsi and Pramod are bankrolling the film on a huge budget under Gopi Krishna Movies Pvt Ltd and UV Creations banner. ‘Rebel Star’ Dr U V Krishnam Raju will present Radhe Shyam. The film will hit the screens on January 14, 2022 in multiple languages.

Justin Prabhakaran is scoring the music, while Manoj Paramahamsa is in charge of cinematography.