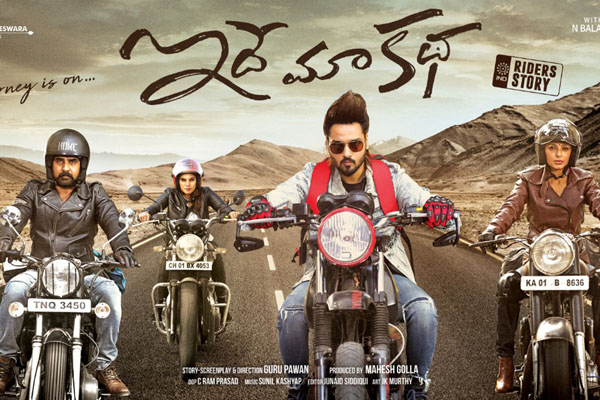 With audiences willing to watch wide range of films across genres, Indian filmmakers are also showing interest to come up with different genres. Tollywood is leading in this and now a road movie is being made and it also happens to be India’s first.

The film is ‘Idhe Maa Katha’ and the first look is unveiled. Starring Sumanth Ashwin, Srikanth Meka, Bhumika Chawla and Tanya Hope in the lead roles, the film is about four people who embark a bike journey. The first look has all the four of them riding their bikes.

Being written and directed by Guru Pawan, ‘Idhe Maa Katha’ has music by Sunil Kashyap. Top technician Ram Prasad is handling the cinematography.