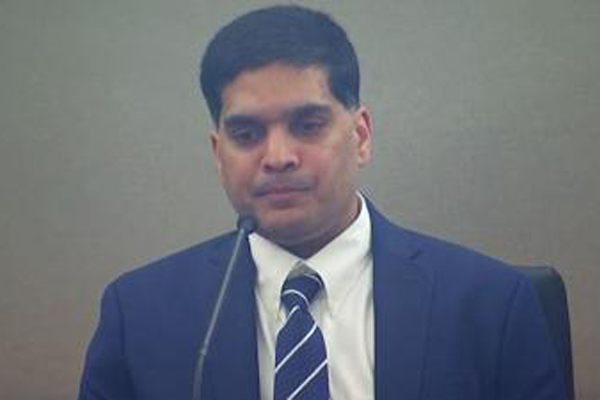 Wesley Mathews, the Indian-American father who was sentenced to life in prison over the killing of his three-year-old adopted daughter Sherin Mathews in the US state of Texas, has began serving the jail term.

Wesley Mathews now begins his life sentence in the death of his adopted daughter, Dallas News reported. He will be eligible for parole after serving 30 years.

A Dallas County jury sentenced him in June for the 2017 death of Sherin Mathews, whose body was found in a culvert weeks after he falsely reported her missing. Wesley Mathews avoided a capital murder trial in June by pleading guilty to injury to a child by omission in the girl’s death.

Sherin Mathews disappeared on October 7, 2017, and her foster father initially told the police that he had sent her out in the wee hours of the morning as punishment for not drinking her milk.

On October 22, 208, Sherin Mathews’ body was found in the culvert in Richardson.

Wesley Mathews then admitted to the police that the child choked while he was making her drink milk and died in their home. He reportedly told the police that he wrapped the girl’s body in a blanket and placed her inside a culvert near the family’s home.

Wesley Mathews’ attorneys have requested a new trial for their client. In a motion filed last week, they argued prosecutors showed the jury photos of Sherin Mathews’s decomposed body that were “prejudicial” and prevented Mathews from receiving a fair trial.

His attorneys also argued the state lacked evidence to show Wesley Mathews was responsible for broken bones Sherin Mathews sustained while she was in his care.

He and his wife, Sini Mathews, adopted the child from India in 2016. The woman was also charged with child abandonment but her case was dismissed earlier this year due to lack of evidence.

A hearing on the motion for a new trial of Wesley Mathews is scheduled for August 2, according to court records.