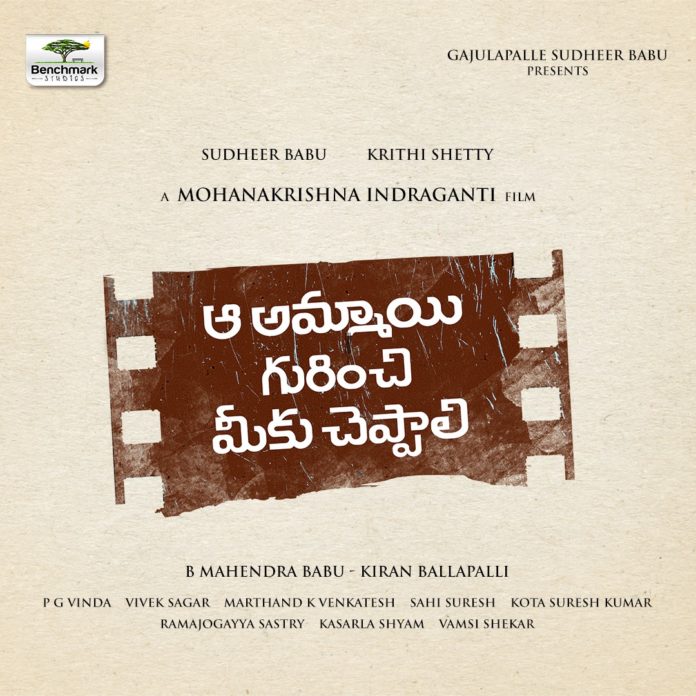 Hero Sudheer Babu, couple of days ago released a video asking movie buffs to guess that title of his 14th film with his favorite director Mohanakrishna Indraganti. In the fresh video shared by the actor, he stated that many have guessed the title correctly.

Aa Ammayi Gurinchi Meeku Cheppali is the title finalized for the film tipped to be a romantic drama. It’s an Indraganti mark title for the film. It has to be seen whom Sudheer Babu shares about his first love with. However, Krithi Shetty is the girl he wants to talk about in the film.

The film started rolling from today in Hyderabad. It’s a joint production venture of B Mahendra Babu and Kiran Ballapalli.