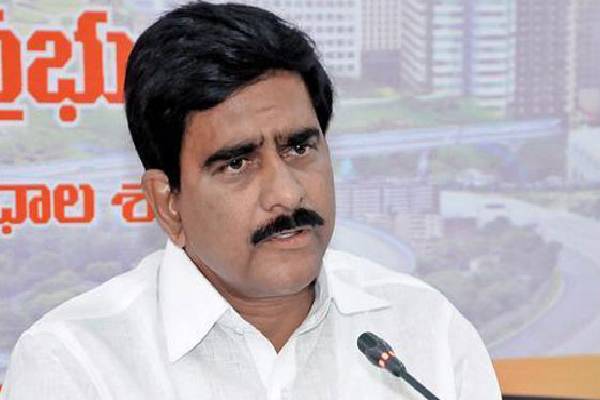 Former minister and TDP senior leader Devineni Umamaheswara Rao said here on Monday that funds shortage, no proper planning and diverting the works to a different agency despite the strong warning from the Polavaram Project Authority are the blunders committed by the State Government which cost the project dearly.

Umamaheswar Rao told media persons at the party office here that the Polavaram Project Authority and the NITI Ayog gathered information from different wings and submitted a report to the department of Central Water Resources. Under the directions from the NITI Ayog, the report was submitted to the Polavaram Project Authority on the irrigation project works.

Under the guidance of the senior engineer, Prof KBVN Phanindra of the Hyderabad IIT, a five-member committee of experts from various wings prepared the 124-page report after personally visiting the project site for 10 times in August and September in 2020 and 2021. These experts stayed at the Polavaram project area for 53 days and made the ground visits to have the first hand information and also interacted with the project-displaced after which they prepared the report and submitted it to the Water Resources Department, Umamaheswara Rao said.

These experts clearly mentioned in their report that the Polavaram projects were completed at a fast pace from 2015 to 2019 without any fund crunch. They clearly pointed out in the report that water was supplied through the spillway in 2014, the TDP leader stated.

However, with the blunders committed by the Jagan Mohan Reddy Government and due to the inefficiency of the Chief Minister there is, in fact, a total destruction in Polavaram, he alleged and said that the change of the contractor has become a bane to Polavaram. This is clearly mentioned in the report, he added.

During the TDP regime, the 15 lakh cusecs of flood water was pumped through the spillway to Dhawaleswaram barrage and from there flown into the sea without causing any damage to the area nor to the project. When the experts committee has made it quite clear in its report that proper measures have to be taken to ensure that no damage is caused in the area with the advent of the monsoon and the construction of houses to the displaced be speeded-up, the State Government has not taken any such measures, he said.

Though the State Government has claimed that Rs 11,460 cr budgetary allocation has been made for the project, only Rs 2,742 cr, which is not even 25 per cent, is spent. Land acquisition and Relief and Rehabilitation were completely neglected, he said and added that the inefficient Chief Minister is behaving most irresponsibly.