One of the leading production houses in Telugu cinema, Sithara Entertainments, set to make their OTT debut with Intinti Ramayanam. This is a web film that they have bankrolled in collaboration with Ivy Productions and Maruthi team (backed by director Maruthi).

Written and directed by Suresh Naredla, the film, to premiere on OTT platform aha, features Naresh, Rahul Ramakrishna and Navya Swamy in key roles. The film will premiere on December 16 on aha.

Today, aha released an intriguing teaser of a typical middle-class Indian rural life. The teaser promises a look at Telangana’s rural life. Intinti Ramayanam is set in Karimnagar and revolves around Ramulu aka Naresh’s family as they face a problem that exposes their deeper ambitions, causing a domino effect on all family members.

From the teaser it is evident that this film has impactful storytelling, with a lot of emotions and life lessons that’ll stay with audiences and linger on their mind long after it’s over. The teaser piqued the audience’s interest by catering fun, love, emotions, and entertainment. 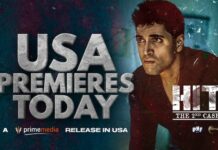 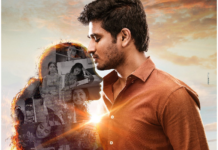