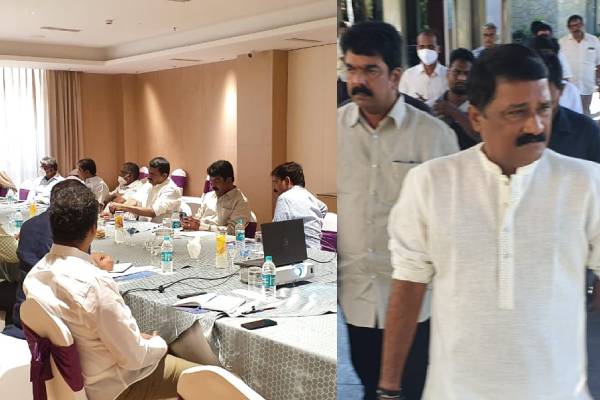 Finally, several Kapu leaders and former bureaucrats from Kapu community came together on Sunday in Vizag to discuss on the issues and problems being faced by Kapu community and how the present YSRCP government is neglecting, discriminating and humiliating Kapu community.

They also discussed how Kapus should unite and emerge as a ‘major political force’ in Andhra Pradesh.

The meeting expressed anger over Kapu leaders in YSRCP keeping calm even after Chief Minister YS Jaganmohan Reddy failed to fulfill the promises made to Kapus on implementation of reservations and neglecting the welfare of Kapu community.

It was decided to set up a “Forum for Better AP” to work for the welfare and development of Kapus socially, financially and poliically.

This led to speculations over Kapus trying to form a political party of their own in the long run and this Forum was only a precursor.

It remains to be seen how Kapu leaders in ruling YSRCP react to this development.