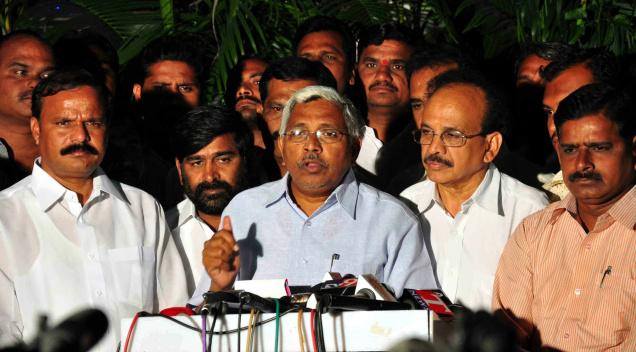 Prof. M Kodandaram, one of the brilliant professors in Osmania Univesrity, and committed intellectual  to social causes, is in wilderness now.

The man, who imparted credibility to the T-movement, when it was in crisis, is directionless, aimless and is confined to the JAC meetings, which are not taken seriously anymore.

TRS president KCR has swept him aside. He is  not needed in the so called reconstruction of Telangana. The professor has not been given any significant role in Telangana state for which he sacrificed much. After the achievement of Telangana, sources said, KCR doesn’t want him in streets leading JAC, the right place for the teacher is the class-room .

” How long would he continue in the movement? Doesn’t he want to go back to college and teach lessons?” was what KCR reportedly asked some scribes sometime back when referred to Kodandaram’s position in TS. Now that Prof Kodandaram is superannuating in September, the question is what would the Osmania university teacher do post-retirement?

For long, along with Prof Jaisankar, Kodandarm was ideologue of Telangana agitation, working from behind screens, giving intellectual support to KCR’s agitation. When  it was felt that somebody, who is not a member of any political party, should lead the movement to make it broad based, KCR artfully brought Kodandaram into street fight as the convenor of newly created Joint Action Committee. His presence lent credence to movement and electrified it. The JAC almost replaced the TRS. Entire Telangana used to respond to his call for rasta rokhos or Million Marches in Hyderabad. He was arrested and beaten by police. After Jaisankar, he is the only one being referred to as “Kodand Sir” by the youth of the state. 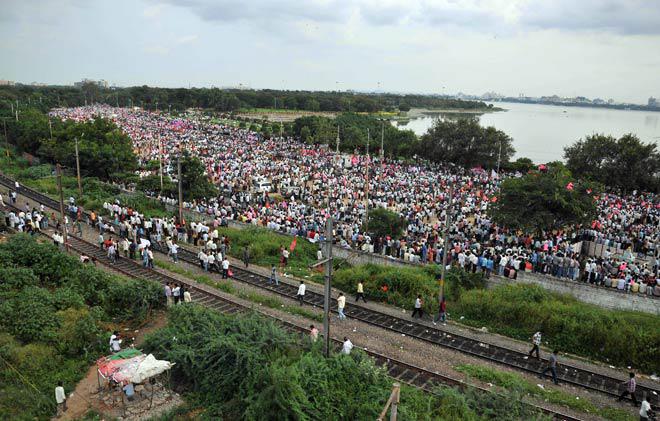 The growing influence of the professor created rift with KCR.

According one version, Kodandaram’s caste Reddy (he never uses the suffix) also plyaed part in consolidation of JAC into a force because Reddys belonging to all parties accepted the leadership of Kodandaram in the form JAC. Post-Telangana, elevation of Prof Kodand (Reddy) would give boost to Reddy politicians and might even become a threat, is said to be the worry of KCR. Result is total elimination of Kodandaram from the political scene.

Kodandaram also chose to remain silent swallowing the insults heaped upon him. He has not been able to raise his voice against any of the demolition- decisions and controversial projects of KCR government. As a professor of politics, he should have led the opposition to the politics behind KCR’s plans to demolish the heritage building of Osmania General Hospital. But, his reaction was not commensurate with his teachings about the T-heritage.

Many believe Prof Kodand would not remain idle after September. What would he do? Would he join TRS? Given his understanding of KCR’s politics, an invitation from TRS is unlikely. Joining Congress or BJP also do not seem a possibility.

Some of his colleagues in the T-movement foresee the prospects of  JAC emerging in a new avatar- a non-political forum for all forces- to work as powerful pressure group which can’t be ignored by the KCR’s government while taking decisions that would affect Telangana society lock, stock and barrel. 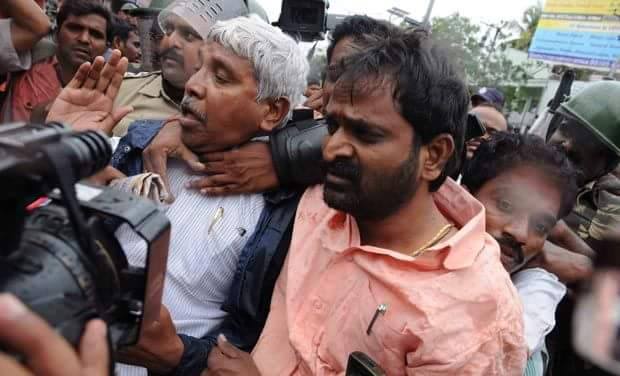 Kodand, with his Marxist moorings, has been associated with people’s movement in the region for decades. Arguably he is the second most popular leader of Telangana after KCR. We have to wait for a couple of months to see if Kodandaram is a force in peace-time politics too. Or would he choose to remain an arm-chair intellectual, now and then offering “general and inconsequential” opinions on government policies?