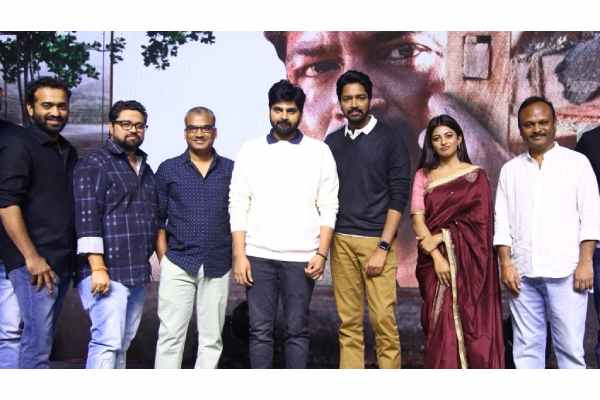 Allari Naresh who scored a hit with his last movie Naandhi is hoping to continue the success streak with Itlu Maredumilli Prajaneekam. The film directed by AR Mohan under Hasya Movies and Zee Studios is set for release on the 25th of this month.

The film’s pre-release event happened today. During the event, Allari Naresh affirmed that Itlu Maredumilli is not completely a serious film. “Itlu Maredumilli Prajaneekam has good emotions. The film has comedy too. The entire team worked hard, as shooting for the movie was not easy. 90% of the movie was canned in the forest.

It’s a special film for our producer Razesh and director AR Mohan who are making their debut. Razesh is already doing his second and third movies, even before the release of his first movie. Director AR Mohan has been waiting for a long time to make his directorial debut. I wish he will become successful.

Anandhi is a wonderful actress. She came to the shoot, just three months after giving birth to a baby. It was really tough for her to shoot for the movie in the forest with the baby. She is one of the rarest actresses who can emote with her eyes. Itlu Maredumilli can work in other languages too.”