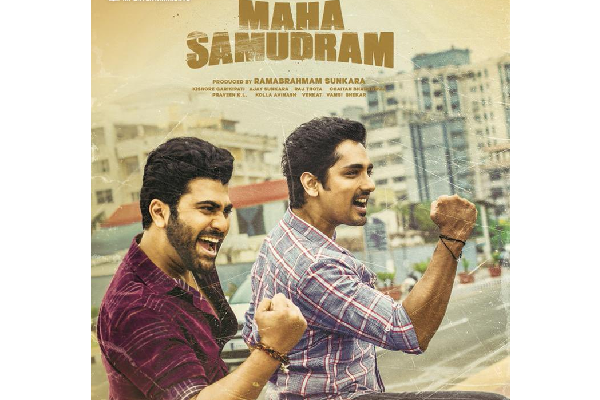 Set in the backdrop of Visakhapatnam, Sharwanand and Siddharth starrer intense romantic and action drama Maha Samudram is up for theatrical release. The film’s shooting is wrapped up and declaring the same, the makers have released a brand-new poster.

Sharwanand and Siddharth are seen all smiles in the poster which gives an impression that they will be seen as close friends in the movie. It is also heard that, post-production works are also fast progressing.

Director Ajay Bhupathi took extreme care on everything related to the movie, starting from casting the actors to roping in top-notch technicians to making the film on high standards. We will know what the film is all about, when the teaser will release.