Switch to: తెలుగు
Home Politics Jagan has no right to talk about development of North Andhra, says... 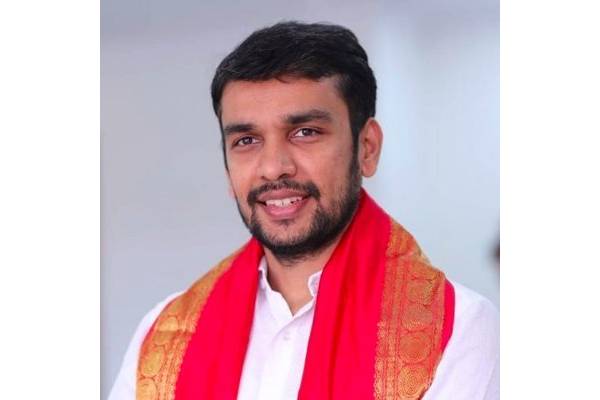 TDP leader, Kimidi Nagarjuna, on Friday said that it is highly shameful that the ruling YSRCP leaders are talking about development of North Andhra region, particularly, Visakhapatnam city, when they could not take any measures to save the Vizag Steel Plant.

The YSRCP leaders are completely neglecting the steel plant that was achieved after a series of fights and a prolonged agitation, he said and asked as to why the YSRCP did not take up the railway zone demand for Visakhapatnam in the past three years.

The TDP leader said that Visakhapatnam city was developed with a vision by Chandrababu Naidu during his tenure as the chief minister and strived hard to set up Information Technology (IT) and finance companies there. Vizag is now a cosmopolitan city and Mr Chandrababu made every effort to make it a fitness valley, Nagarjuna stated.

Millennium Towers was constructed in Vizag during Chandrababu’s tenure and employment was created to thousands of jobless youth, thus converting the city into a hub for software industry, Nagarjuna observed. However, all these IT companies are moving out of the city since they are fed up with the style of functioning of Chief Minister, YS Jagan Mohan Reddy, Nagarjuna felt.

The State remained where it was three-and-half years ago and not even a single industry nor an IT company has set up its unit here following which there is no employment generation, he noted. Since the people are now feeling vexed with the YSRCP government, the ruling party leaders are now talking about three capitals issue only to divert the public attention from its failures, the TDP leader said.

Jagan Mohan Reddy has not done anything for Andhra Pradesh except looting the State and creating rift and deep differences among the people raking up unnecessary issues. Can any ruling party leader spell out what exactly is done for either Vizianagaram or Visakhapatnam, he asked and made it clear that till now the ruling party did nothing for the port city of Visakhapatnam but claiming that the city will be made as executive capital.

There are a lot of avenues to develop the whole region, including Araku, Bheemli and Srikakulam, Nagarjuna said and stated that the YSRCP always focuses on how to criticise Chandrababu than on taking the State forward. The Totapalli canal, which was launched by Chandrababu in 2015, is very crucial for the progress of Vizianagaram and till Cabinet Minister from this district, Botsa Saytanarayana, did not talk even a single word about the canal, he observed.