AP Chief Minister YS Jaganmohan Reddy has released Rs 254 Cr for the beneficiaries under the YSR Beema programme. The benefits were being given to those whose names were enlisted in the banks. Assistance was given to the families of over 12,000 persons who met with accidental deaths.

In the past, 50 per cent contribution used to come under the PMJJBY and PMSBY. This benefit was not available now. The Central Government has withdrawn its 50 percent contribution, but the State was continuing the scheme. Free insurance was being given to 1.41 Cr people every year by spending Rs. 510 Cr.

The Chief Minister has said that with the help of the volunteers, over 61 lakh families were given help to open their accounts in the State. 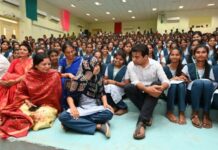