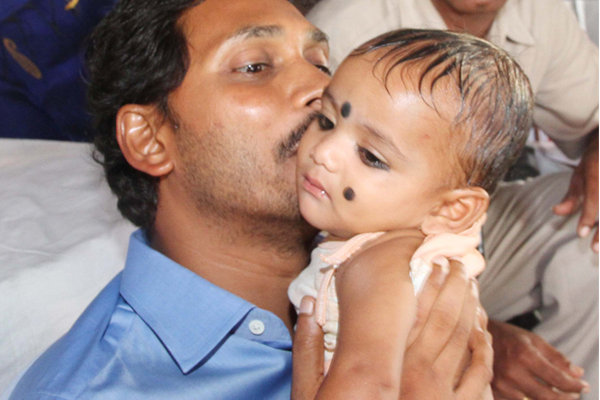 ​The indefinite fast launched by YSR party president and opposition leader YS Jaganmohan Reddy entered second day today. This morning he was cheerful and ​interacted with party leaders and social activists, who came to his to express their solidarity to the fast.

Medical tests have been conducted on Jagan Mohan Reddy to keep a watch on his health. Today, Lok Satta party also extended support to Jagan’s fast. While CPM organized dharnas across the East Godavari district. In many places acrss the state, rallies, human-chains have been organized. Former MP Vundavalli Arunkumar also joined the chorus of support for the fast for special status. He said BJP had gone back on its assurance on giving special status. ” It is wrong to say that many states are opposed to the special status. No state is opposed to AP. If you (NDA government) don’t want to give special status, place your stand before the people of Andhra Pradesh. BJP should not forget that it won the 2014 election in Andhra Pradesh because of Modi’s assurance on the special status,” Arunkumar said. He wished a success to Jagan.