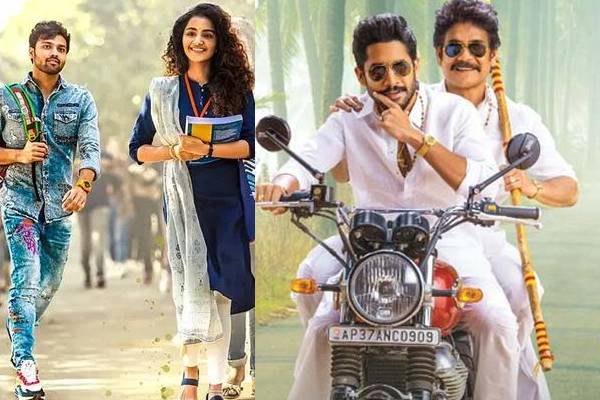 2021 left the film industry in huge losses due to the coronavirus pandemic. The producers are left under huge stress because of the delays and the heaping up interests. December 2021 has been quite good after the month reported three hits in the form of Akhanda, Pushpa and Shyam Singha Roy. The crucial Sankranthi season is badly missed this year as there are no prominent releases except Nagarjuna and Naga Chaitanya’s Bangarraju. January started on a dull note with ten releases and nine flops.

Bangarraju reported decent footfalls during the Sankranthi season because of the stars. Before this, Aasha Encounter, Induvadhana, 1945 and Athididevobhava released during the first week of January. All these films ended up as disasters. Other Sankranthi releases Rowdy Boys and Hero ended up as flops and failed to make an impact. They failed to recover the huge budgets too. Kalyaan Dhev’s Super Machi failed to screen shows as they were no footfalls. Keerthy Suresh tested her luck with Good Luck Sakhi and the word of mouth is quite poor.

The film too will fail to recover the publicity expenses. This adds one more debacle for Keerthy Suresh. On the whole, January 2022 started on a dull note and Tollywood has high hopes on February.