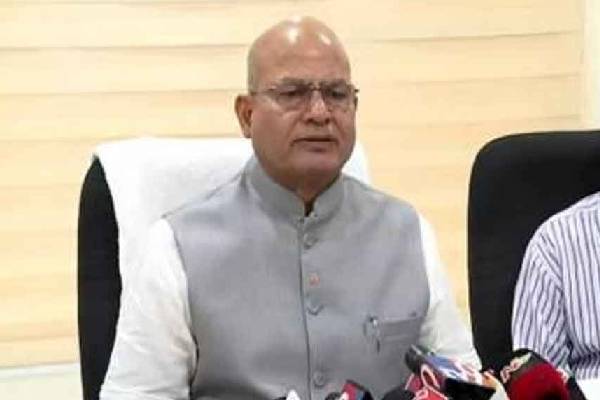 AP High Court former Judge Justice Eeswaraiah has finally come before the people and admitted that the voice in the audio tape was his own voice. He admitted that he had spoken to Dalit judge S Ramakrishna. However, Justice Eeswaraiah denied the allegations being made against him that he had spoken badly about some judges in the AP High Court and the Supreme Court of India. He simply said that he was just trying to provide some solace to the Dalit judge who has become a victim in a long-drawn conspiracy and struggle. It was just to do social justice to a person who suffered because of the weaknesses in the system.

Justice Eeswaraiah was caught in the eye of a huge controversy ever since the Opposition parties criticised him for making sensational allegations against sitting judges. There was also a demand for removing the former judge from the post of Chairman of the AP Higher Education Regulatory and Monitoring Commission. Rival leaders even wondered how Justice Eeswaraiah could get into such prominent positions and yet stoop to such levels of criticising sitting judges.

Justice Eeswaraiah further said that some people were trying to defame him by releasing his audio tape. That audio conversation should not be seen as something concerning the Government or himself. He said that if any clarifications were sought from the court, he would explain his stand on the audio tape and there was nothing objectionable about this. Analysts say that Justice Eeswaraiah has taken a safe bet to hide behind social justice mask now.