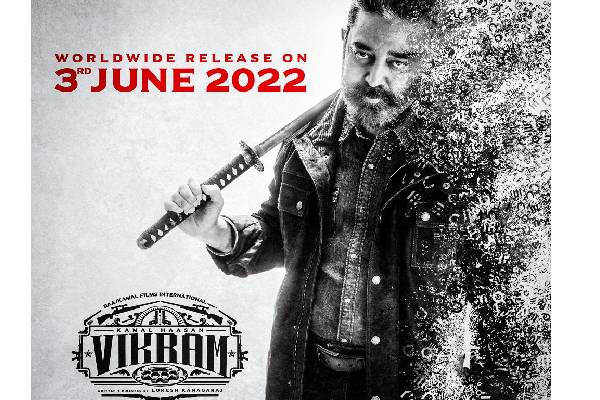 Fans and movie buffs have been waiting eagerly for the release of Kamal Haasan’s Vikram, ever since the film’s first glimpse was released. The video assured; Vikram is going to be an edge of the seat thriller with some intense action episodes. Meanwhile, the film’s release date has been locked.

Vikram will be releasing worldwide in a grand manner on June 3rd and the making video looks kickass. As is known, the movie was shot largely at nights. Major attraction of the movie is Vijay Sethupathi and Fahadh Faasil share the screen space with Kamal Haasan. Watching these three versatile actors together on screen is a sight to behold.