This has been reflected in recent Huzurabad Assembly bypoll where voters defeated TRS despite KCR spending thousands of crores of rupees.

Both RTC and electricity departments submitted tariff hike proposals to KCR clearly stating that if charges are not hike, TS Discoms and TSRTC will not survive and they need to shut down.

They requested for a steep hike in electricity and RTC charges.

KCR and TRS leaders fear that if RTC and power charges are hiked it will further add to more anger against TRS government.

Because this will impact the poor and middle class the most who comprise the majority of voters in Telangana.

But KCR finds himself in a ‘helpless situation’ for the first time where he doesn’t want to increase charges but also at the same time cannot stop increasing charges.

The simultaneous increase of RTC charges and electricity charges will give more ammunition to opposition parties to attack TRS and polarise voters against TRS before 2023. 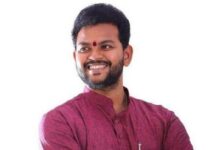