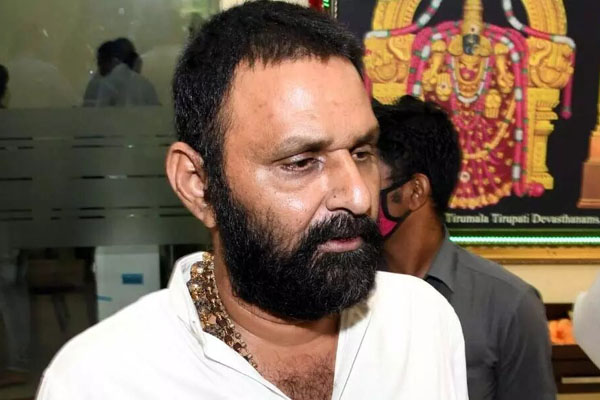 Everytime, there is a political crisis, Minister Kodali Nani comes to the fore to defend CM Jagan Reddy and the YCP. Especially, when there are huge corruption allegations against the CM, the Minister raises his voice. Almost all the time, Kodali’s attacks on the TDP go along personal lines. He unhesitatingly calls Chandrababu Naidu and Nara Lokesh in different abusive terms which other politicians usually avoid.

In his latest attack also, Kodali has used unparliamentary language against Naidu and Lokesh. The attack came at a time when the TDP levelled ‘quid pro quo’ allegations against Jagan Reddy in allotment of sand mining to one particular bankrupt company with total rights in the State.

After the Jagan Government lost the CID cases in the High Court, the YCP faced a bitter attack from the TDP. The YCP leaders were not able to come out with counter attacks. The TDP started challenging Jagan Reddy to prove his party allegations against Naidu in the Amaravati assignment lands.

At such a time, Kodali came on to the scene and launched a personal attack to which the TDP was found searching for the right language to counter the Minister’s attacks. Undoubtedly, the TDP is unable to match with the abusive words that are being used by the YCP Ministers from time to time. Obviously, the YCP leaders fearlessly use any sort of language because they have got support from above. But, the TDP leaders are thinking twice before making any comments considering the moderate language usually used by their party top leaders.