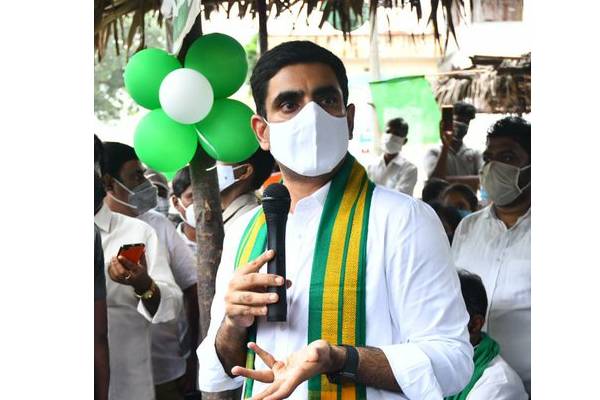 The Jaganmohan Reddy Government’s GO on cancellation of fee reimbursement for the PG students studying in private colleges triggered a fresh controversy in AP. The Opposition parties have quickly seized the opportunity to attack the ruling party. TDP National General Secretary Nara Lokesh launched a scathing attack and demanded withdrawal of the GO keeping in view the bright future of the students and for their future careers. The YCP regime should give fee reimbursement and restore all the benefits that were being given to the students.

Mr Lokesh asserted that it was not correct on the part of the Chief Minister to play risky games with the lives and careers of the youth. The Telugu Desam Party would categorically condemn such anti-student policies of the Government. As a responsible Opposition party, the TDP would continue to fight on behalf of the students. He asked whether the children of the weaker sections and the backward classes were not eligible for taking up studies abroad. The foreign education programme was being deliberately crushed since the YCP came to power. The students, who were studying abroad, were facing problems with the Jagan Reddy regime’s policies. The CM should not think that only his children must have good foreign education but not those of the weaker sections.

Mr. Lokesh deplored that the CM made loud statements and promises for the poorer sections, women and youth before elections, but after coming to power he was giving an empty hand. Jagan Reddy had no credibility which the people of AP had realised in just 18 months of this misrule. The weakening of the NTR foreign education programme had dealt a severe blow to the students of the weaker sections.