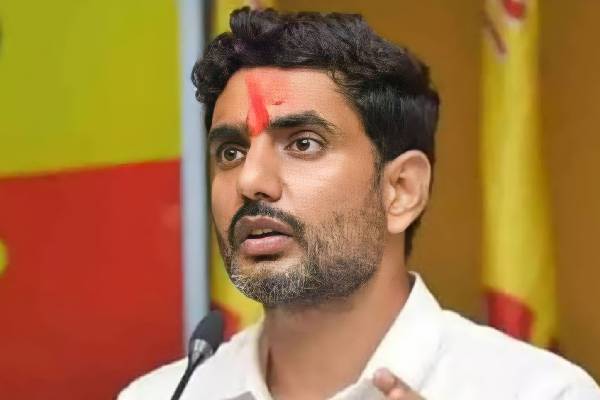 Former minister and TDP general secretary Nara Lokesh on Wednesday criticised chief minister Y S Jagan Mohan Reddy for renaming the Dr NTR University of Health Sciences. He said that the TDP would restore the name once it came to power.

The TDP general secretary wondered what made Jagan Mohan Reddy to drop the name of late N T Rama Rao from the university. He said that the university was founded by NTR in 1986 and it was the first health university in the country.

He took strong exception to Jagan Mohan Reddy claiming that he has respect for late NTR and wondered what made him remove the name of the leader whom he respected. He sought to advise the chief minister to create a new institution and name it after his father, if he had love for the institution and his father as well.

Lokesh demanded that the state government withdraw its decision and repeal the bill that was passed in the Assembly renaming the university.

Earlier in the day, the TDP MLAs and the MLCs had held protests both in the Assembly and Council opposing the renaming of the university and removal of the name of NTR. The TDP leaders also held a protest at the NTR University of Health Sciences in Vijayawada against the change of name.