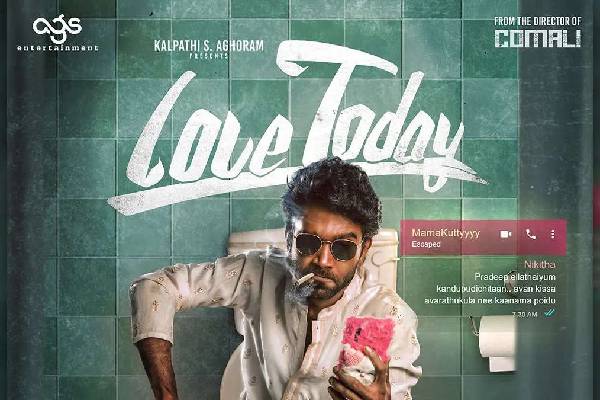 Love Today has taken a good opening in the Telugu States as the film has collected a gross of 1.85 Cr. Nizam is leading with nearly 90 lakhs while the total AP (including Ceeded) has contributed about 95 lakhs. This is the sixth highest opening for a Kollywood film in 2022. Beast, Ponniyin Selvan-1, Cobra, Vikram , Valimai are the top 5 Kollywood openers in Telugu States in 2022. The film is carrying good word of mouth among the audience and is set for a good weekend.

Below are the area wise gross numbers: