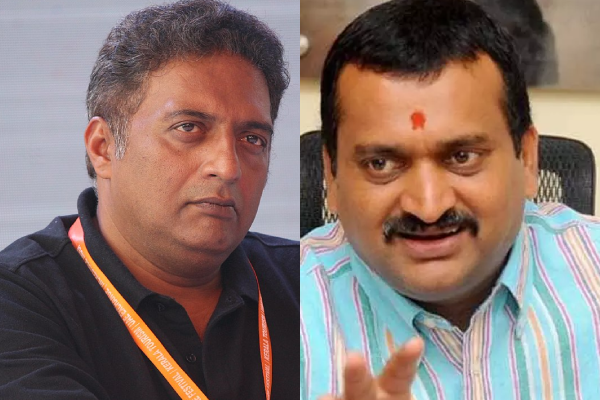 The other day, Prakash Raj interacted with the press and announced his panel for MAA Elections. The veteran actor also revealed why he took them into his panel. Bandla Ganesh was the first to shock Prakash Raj after he announced that he will no more be a part of the panel. Without leaving the issue here, Bandla Ganesh announced that he would contest for the position of General Secretary which was reserved for Jeevitha Rajasekhar from Prakash Raj’s panel. Bandla Ganesh said that he is unhappy with Jeevitha joining the panel who insulted Mega family several times in the past.

Prakash Raj announced Bandla Ganesh as the official spokesperson for his panel and Bandla Ganesh was left in shock after he saw Jeevitha’s name in the panel. He expressed his confidence in winning the polls as the General Secretary in the MAA Elections. He also promised 100 two BHK houses for the poor actors of Tollywood. Prakash Raj is yet to respond about Bandla Ganesh’s turn.