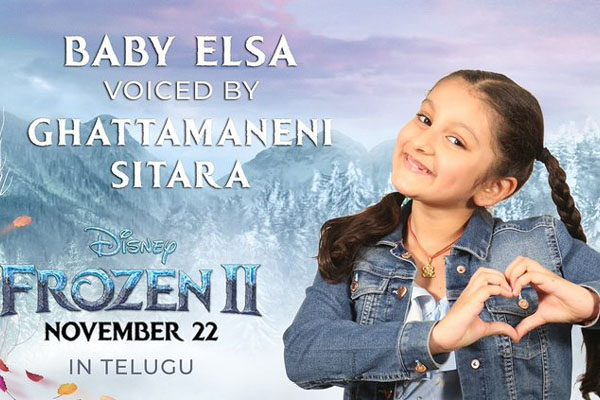 Superstar Mahesh Babu’s daughter Sitara Ghattamaneni will lend her voice for the role of baby Elsa in Disney film Frozen 2. The animated musical fantasy film is all set to hit the screens on November 22nd across the globe. Frozen is a remarkable hit and the sequel is now gearing up for release after three years. This is the first time Sitara is associated with any film.

Priyanka Chopra, Shruti Haasan and Nithya Menen are lending their voices for the role of Elsa in Hindi, Tamil and Telugu languages respectively. The film is carrying decent expectations and will release in Telugu, Tamil, Hindi and English languages in India.