Major is the next pan-Indian film of the country. Adivi Sesh reprised the role of Major Sundeep Unnikrishnan who was killed in Mumbai attacks. The film is directed by Sashikiran Tikka and Saiee Manjrekar, Sobhita Dhulipala, Prakash Raj, Revathi, Murali Sharma played other prominent roles. The theatrical trailer of Major is out and it is quite promising. The film narrates the incredible journey of a youngster who dreams of serving the nation. He finds the best mission after the terrorists’ stage attack on Mumbai.

Major is made on a massive budget and the film has top-notch technical values. Adivi Sesh is well bonded with his family as well as his country. The action stunts along with an emotional drama are well balanced hints the trailer. Prakash Raj’s speech after Sundeep Kishan’s demise is the expected highlight of Major. On the whole, Major trailer is one of the best ones in the recent times. Sony Pictures India in association with Mahesh Babu’s GMB Entertainment and A Plus S Movies are the producers. The film is announced for June 3rd release. 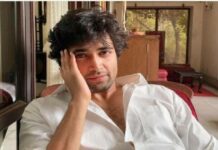 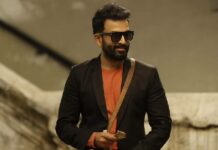