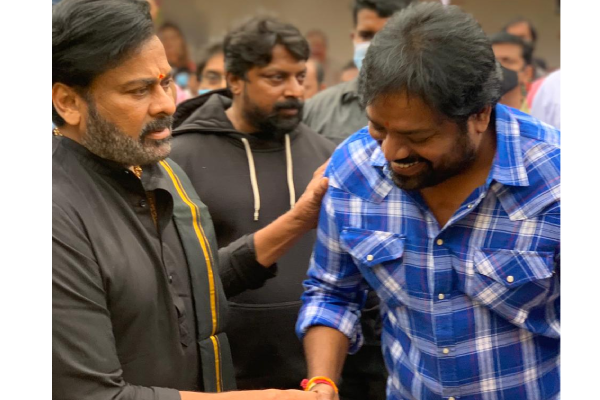 Megastar Chiranjeevi signed two back-to-back remakes: Lucifer and Vedhalam. The shoot of Lucifer remake titled God Father is happening at a fast pace in Hyderabad. The remake of Vedhalam titled Bhola Shankar is launched today in a grand manner. Huge arrangements are made for the grand launch of Bhola Shankar. Chiranjeevi along with several Tollywood celebrities graced the pooja ceremony of Bhola Shankar. Meher Ramesh will direct the film and the shoot commences from November 15th in Hyderabad.

Tamannaah is the leading lady and Keerthy Suresh plays Chiranjeevi’s sister in Bhola Shankar. Mahati Swara Sagar is the music director. AK Entertainments and Creative Commercials are the producers. Bhola Shankar will head for a theatrical release in early 2023. The shooting formalities are expected to be completed by the mid of 2022.