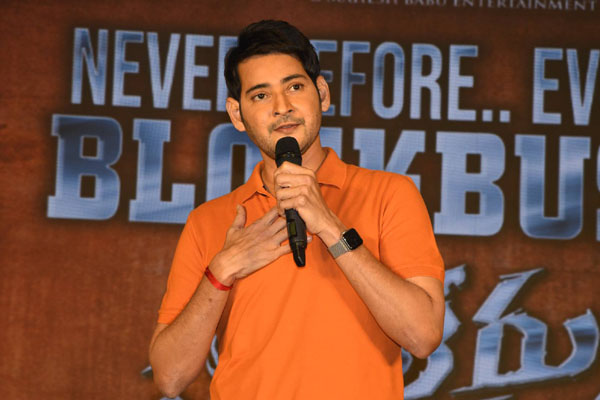 Superstar Mahesh Babu is extremely impressed with the way his recent offering Sarileru Neekevvaru is performing at the box-office. The film opened with a bang and is raking massive numbers all over. What’s thrilling his fans and Tollywood audience is the ‘Mind Block’ song which received a terrific response. Mahesh Babu’s dance moves surprised his fans and masses big time. The actor during the Thanks Meet revealed about the response the song has been getting.

“In my 20 years career, I never received such appreciation for a song. Mind Block will remain as a special song for sure and I thank Anil Ravipudi for the song. I believed in him and the choreographer Sekhar master before I started the shoot. Thank you audience for making Sarileru Neekevvaru a remarkable film in my career” said Mahesh Babu. Directed by Anil Ravipudi, Sarileru Neekevvaru opened with a bang and is raking massive numbers all over.