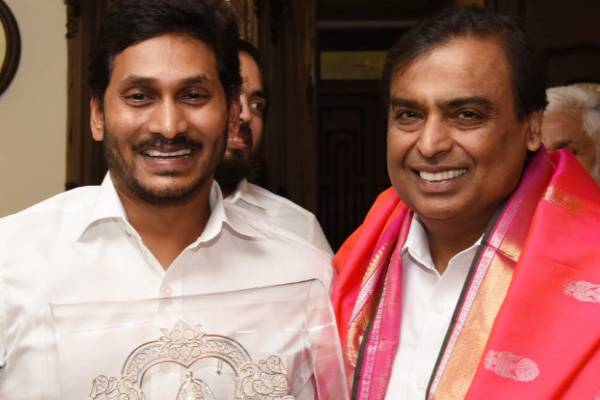 There are no permanent enemies in politics. AP CM YS Jaganmohan Reddy gave a warm welcome to Reliance Industries Chairman Mukesh Ambani at his Tadepalli Camp Office today. Jagan has banned all friends of Chandrababu Naidu but now a strange exception is given for Mukesh. What more, reports say that Jagan Reddy has agreed to give one Rajya Sabha seat to Reliance Vice President Parimal Natwani. As of now, Natwani is an RS MP from Jharkhand and his term is coming to an end.

Political analysts recall how reports appeared after recent Delhi visit of AP CM saying that Jagan offered one or two RS seats to BJP as return gifts for continuing cooperation from the Centre. It has now become clear that this opportunity is being given to Reliance Group which is very close to the Modi government at the Centre.

The latest developments came as a big political surprise in Telugu states. It was well-known how Jagan Reddy and his Sakshi Media targetted and even blamed Mukesh Ambani for the untimely death of his father YSR in plane crash.