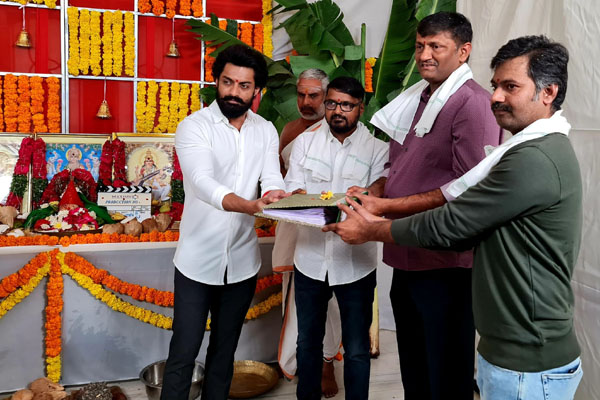 Top production house Mythri Movie Makers is quite delighted with the way their recent offering Uppena is performing. With a bunch of projects lined up, the production house today launched their next project and it will feature Nandamuri Kalyanram in the lead role. Debutant Rajendra will direct the film and this project got its official launch today. The details of the cast and crew members will be announced soon. This happens to be the 19th film of Nandamuri Kalyanram and the regular shoot commences from the mid of March.

Kalyanram also signed a couple of other projects that are in pre-production phase. This young actor will also co-produce NTR’s next film that will be directed by Trivikram. The movie will be launched officially next month.