Young actor Naga Shaurya has been eagerly waiting for a huge hit post the super success of Chalo. His last outing Aswathama ended up as a decent entertainer. The actor is lined up with several films and he is said to have given his nod for one more new film. Ala Ela fame Aneesh Krishna impressed Naga Shaurya with a romantic entertainer. The film will be high on family emotions along with romance.

Naga Shaurya himself will produce this untitled film on IRA Creations banner. Along with this film, Naga Shaurya is in plans to produce one more film that will feature a young actor in the lead role. Naga Shaurya himself penned the script for the film. The official announcements of both these projects would be made soon. Naga Shaurya is currently shooting for a romantic entertainer in the direction of a debutant Sowjanya. Sithara Entertainments are the producers. 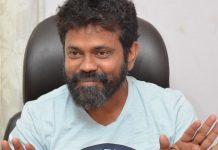