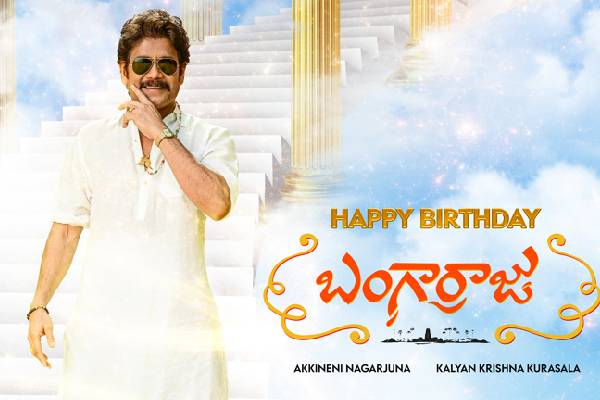 Bangaraju starring Nagarjuna and Naga Chaitanya under the direction of Kalyan Krishna is not a prequel, but a sequel. On the occasion of Nagarjuna’s birthday, a poster has been revealed with a title logo.

The Devil Is Back is the tagline, but the background looks like a paradise and Nagarjuna appears like a Manmadhudu landing from the paradise to earth on the stairsteps. It may not be an exaggeration to say nobody can match Nagarjuna in the traditional attire of Telugu style Panche Kattu. On the whole, Bangaraju poster looks divine.

It’s a joint production venture of Annapurna Studios and Zee Studios. Ramya Krishna and Krithi Shetty are the heroines in the wholesome family entertainer that will also have some ensemble cast associating with it.

As is known, Bangaraju shooting began few days ago in Hyderabad. 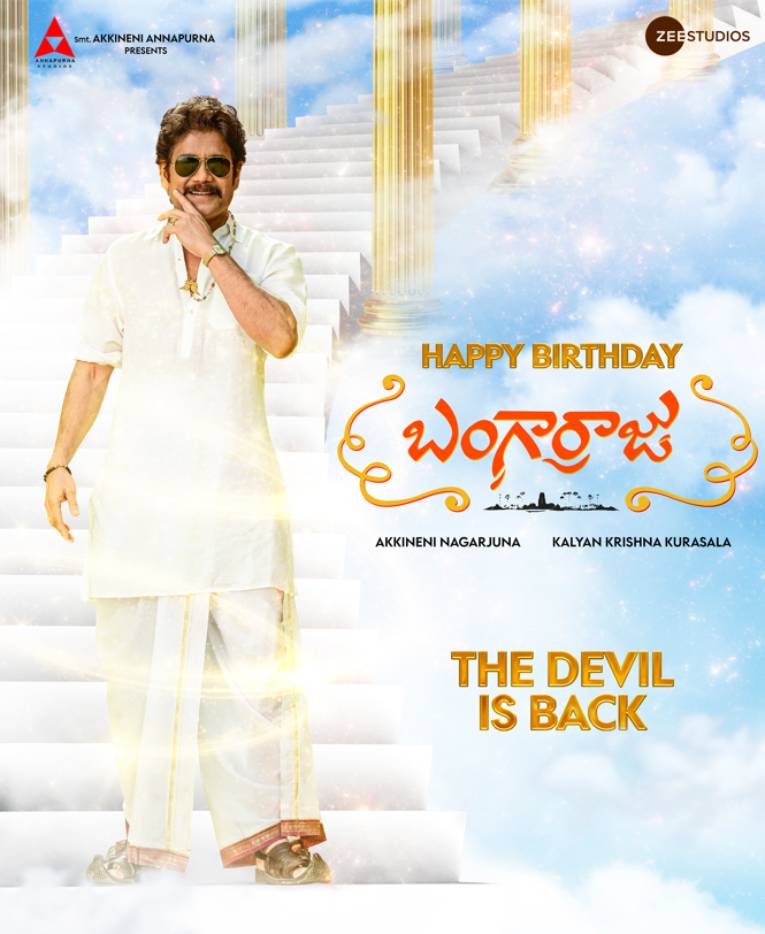