Switch to: తెలుగు
Home Politics Naidu not to burn his fingers in ‘hot’ bauxite 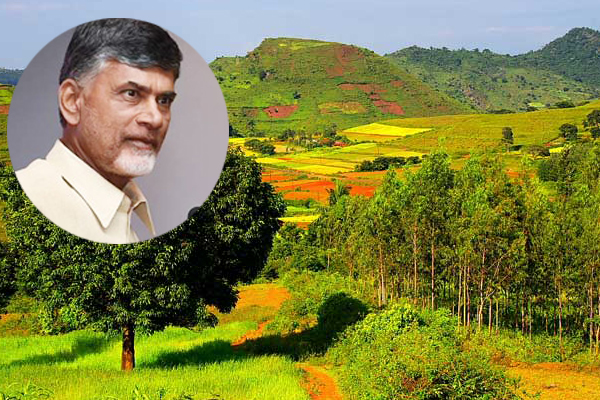 Adivasis and environmental activists scored a victory in their concerted fight to preserve the sensitive ecological balance and pristine natural green wealth of the state from being fallen prey to the bauxite mining. Having seen unusual resistance to the proposed bauxite mining in the Agency area of Visakhapatnam, state Cabinet which met for marathon session on Monday decided not to give effect to the GO issued to transfer about 1200 acres of Agency land to Andhra Pradesh mining development corporation limited (APMDC).

But it is only a temporary reprieve. The government has not withdrawn the GO.

The GO is a conspiracy to allow private companies to mine the bauxite under the cloak of APMDC. As the bauxite hills fall in the Agency area private mining companies are barred from entering the area for mining. So, to circumvent this clause, government first has to transfer the land to public sector APMDC which in turn would enter into a MoU with private companies and allow them to mine. An UK researcher Patrick Oskarsson exposed the whole conspiracy the YSR government hatched to loot the forest wealth in association with Jindal South West and Anrak, with state getting lakhs of rupees and these companies profiting in billions. Now, probably Naidu also might have scented enormous revenues in the bauxite mining and decided to implement the project. But, resistance proved not amenable to allurements of improved rehabilitation, skill development promise for tribals etc etc.

The cabinet, chaired by chief minister Naidu, after a long discussion, felt it would be wise to put bauxite mining on the back burner as it would add fuel to the simmering opposition to the government in various regions on various issues. However, as expected, Information and Public Relations Minister Palle Raghunath Reddy, while disclosing the cabinet decision on bauxite to the media, said the controversial GO was issued without the knowledge of Forest Minister and Chief Minister. Are people so ignorant to believe Palle’s version? Can the government take action against the principal secretary of the forest for issuing such an sensitive GO without the knowledge of the CM?

Health Minister Kamineni Srinivas, who was also present at the briefing, said the Central Government had cleared the bauxite mining project and the order was issued like any government order in routine way. “The Cabinet has decided not to implement the orders for now,” he said. When asked if the government would take action against the officials who issued the order, the ministers said nothing had been decided as yet.

It may be recalled here, the YSR government did not care a hoot when Naidu opposed the Bauxite in the 2006 as the opposition party was too small and the CM commanded absolute majority. Now, Naidu, though has a comfortable majority in the House, has formidable opposition in the state, in the form of YSRC in Assembly and Congress and Left on the streets, besides the local tribal resistance and Maoists. Naidu can’t afford to ignore these factors. However, he is still hopeful that he would succeed in silencing the dissent soon.
This is evident from the statement of Palle. ” We will resume the bauxite mining in the agency area only after educating and convincing the adivasis and other stakeholders on the subject. We are not in a hurry,” the minister said.